In 1908, the Japanese ship Kasato-Maru docked at the port of Santos and landed 781 immigrants from the Empire of the Rising Sun. (https://www.br.emb-japan.go.jp/110anos/index.html). Little known, this episode in the history of Japanese-Brazilian relations is not, however, an insignificant one. A previous article in Tiradentes recalled the importance of the Lebanese community and its contribution in cultural, economic and political terms. If the Japanese presence is less than that of the descendants of the cedar country, it is far from negligible. Today, more than 1.6 million Nissei (Japanese from abroad) live and work in Brazil, mostly in the state of Sao Paulo and in Parana. The population of Japanese origin in Brazil is the first Japanese community abroad. 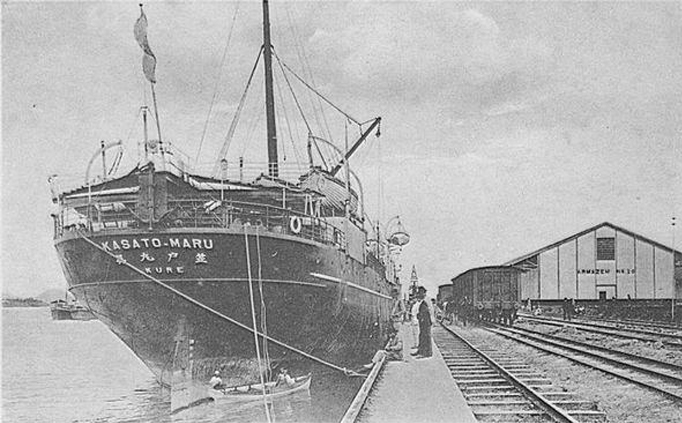 This history of Japanese immigration will be born in Paris in 1885. On November 5 of that year, the Japanese and Brazilian plenipotentiaries signed a treaty of friendship, trade and navigation. The Meiji era, initiated in 1860, literally meant the opening of the Japanese empire and its entry into the development process that would bring Japan into the Triad, a concept created in 1985 by the Japanese economist Kenichi Ohmae. The galloping demography of the time represented a significant risk of social explosion. Japanese emigration abroad therefore appeared to be a « safety valve ». The Brazilian empire, which would survive only three years after the treaty was signed, did not view the immigration of Asian labour positively. However, the abolition of slavery in 1888 would hasten the arrival of immigrants from the Far East. Brazil needed manpower to replace the freed slaves who had fled the appalling living and working conditions on the coffee and sugar cane plantations, and to ensure the development of a country that was in dire need of labour.