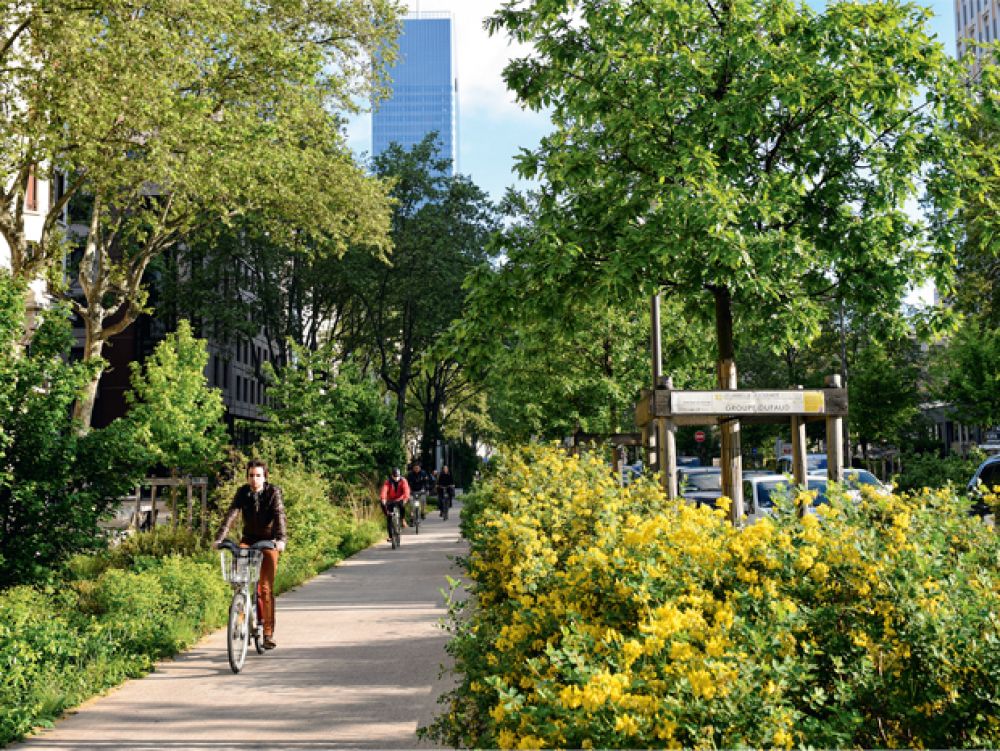 An article in Tiradentes-geography had shown the ambitious project of (re)creating a green corridor in Rio that would link emblematic places where nature still had its rights, albeit fragmented. Today, in order to fight against urban heat islands, cities, either in a planned manner or as a result of citizen initiatives, want to put on a green mantle. In Montpellier, city councillors have asked their technical department to mark with a small floral symbol the places on public roads adjacent to public or private housing where everyone can plant a tree or flowers. Jasmines and other bougainvilleas give a little color and oxygen in the streets of neighborhoods near the Saint-Roch station.

However, this race for urban shallots does not seem to satisfy all architects and urban planners, perhaps at the risk of clashing with practices that are becoming widespread throughout the countries of the North. An article in Le Monde puts the finger on these divergences.

« These projects of vegetalization with all hair divide the landscape architects. Everywhere in the world, major cities are developing green projects to cool cities and fight against global warming. With the risk, denounced by some specialists, of acting in spite of common sense ». (op.cit.) Some architects denounce an approach that would push to plant without thinking about a « plant integration » over the long term. Does the overweight of heavy cement terraces with vegetation, as in Italy, provide a favorable energy balance, since cement production is extremely energy-intensive? Nothing is less certain!

Yet it is indeed the wisest and most radical way to combat global warming. To take the example of Montpellier, the transformation of transport is slow. The bicycle paths are ultimately moderately frequented and urban travel by private vehicle is becoming more and more numerous and complicated.