In the state of Minas Gerais, some 120 km from BH, there is an exceptional place: the sanctuary of Caraça. In the heart of the Serra d’Espinhaço, which culminates at an altitude of more than 2000 metres, this site, as its name suggests, was first and foremost a place of meditation and prayer. The wild beauty of the landscape and the isolation of the site have attracted men in search of spirituality and nature lovers for more than two centuries. 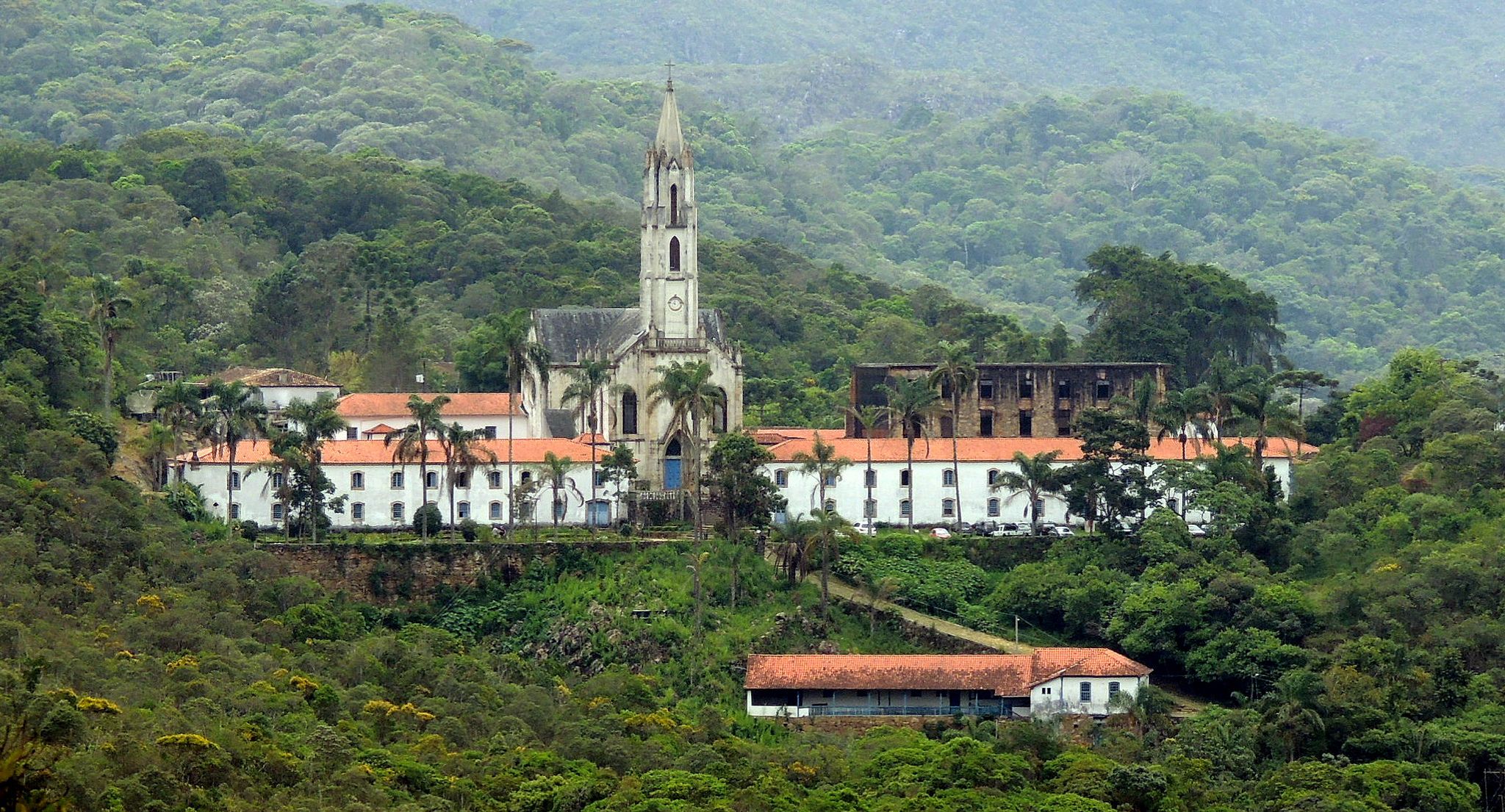 Nevertheless, more and more visitors come to observe an exceptional spectacle: the nocturnal visit of the maned wolves who come to eat in front of the church in complete freedom. These magnificent canids of the cerrados on the verge of extinction, have thus become accustomed to eating a few meters from the many curious bipeds in front of such audacity. These maned wolves, or Chrysocyon brachyurus, are fierce canids (which are not actually canis lupus wolves but) that became regular hosts after Father Tobias, in 1982, had the idea of feeding these visitors who were mainly targeting the garbage. The meat dishes left on the porch at « wolf’s hour » have not changed their eating habits, and chrysocyons sometimes leave tourists « hungry », but in a place of magical tranquility, which alone is worth a visit. 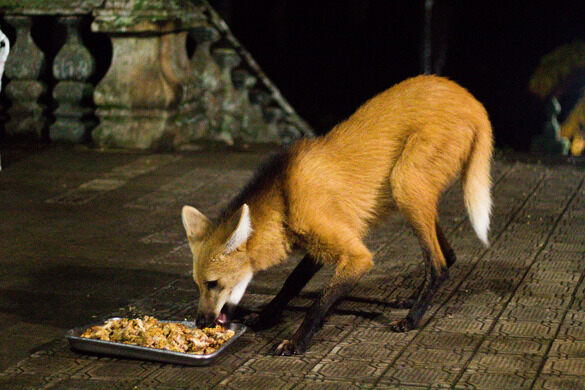 We also come here for the immense richness of the places in terms of biodiversity and landscapes. The location of this remarkable area of more than 11,000 hectares in a transitional area between the Atlantic forest and cerrados, which is similar to a savannah, between 700 and more than 2000 metres above sea level, has allowed the juxtaposition of very different ecosystems. All these virtues, geological, landscape, fauna and flora have been « consecrated » by the creation of the Caraça Natural Park (RPPM or Private Natural Heritage Reserve).  Visitors, accomplished hikers or occasional walkers, will be able to practice ecotourism to their taste and adapted to their physical level.

During the day, many walks can be done with or without a guide. 7 peaks of the Caraça mountain are approaching or exceeding 2000 meters. The use of guides duly registered in the local register is necessary for mountain walks. Waterfalls, natural swimming pools, variations in natural areas between three types of vegetation (Atlantic forest from the interior, Cerrado and savannah of Altitude, predominant from 1300m altitude), varied reliefs (walking, climbing) make the park a privileged ecotourism site. Some sites, such as the « Emperor’s Bath », a natural swimming pool where Pedro II had come to bathe, are accessible from the sanctuary complex. For others, pleasure is earned after hours of effort.

The flora is exceptional. Floral biodiversity is characterized by the savannah vegetation of the cerrados and the forest biomass of the Atlantic forest. The vegetation of the Cerrados is subdivided into « campos impospos » (literally clean fields), « campos sujos » (dirty fields) and rock fields. The forests are also very diversified (gallery forest, riparian forest around rivers, piedmont forest or mata de encosta). There are more than 1000 species of angiosperms, including a wide variety of orchids and bromeliads, and more than 200 varieties of pteridophytes. The park is home to more than 80 endangered plant species and endemic species of rocky savannahs.

The fauna is also exceptional. There are 42 species of reptiles, 57 species of amphibians, 400 species of birds, making it a major site for ornithological observation and research, and nearly 80 species of mammals, some of which are critically endangered according to IUCN. Apart from the emblematic species of the area, the maned wolf, the puma (onça parda or suçuarana), the ocelot, the tapir, the jaguarundi, the armadillo, the peccary, the tamanoir are part of the park’s rich bestiary

Finally, history is also not to be outdone.  It is this Christian deprivation that Emperor Pedro II sought when he went to the monastery founded in 1770 by the Portuguese religious.  Brother Lourenço had chosen this isolated place to build the chapel of Nossa Senhora dos homens, in baroque style. In 1820, the King of Portugal, John VI, gave all of Lourenço’s possession, which he had inherited to the Portuguese crown, to the Portuguese Lazarist brothers.

They then undertook the construction of a school and a seminary. Until its closure in 1968, this college would train a large number of political and economic figures from Brazil, including two presidents of the republic. In 1883, the Lazarist brothers built the first neo-Gothic church in the country on the same site, in the cramped former chapel built by Brother Lourenço. Of this complex, we can still see today the ruins of the college restored after the fire of 1968, the neo-Gothic church, the cloister and the catacombs. History lovers will be able to visit the library and museum, which contains objects from the sanctuary since its creation, including the bed where Emperor Dom Pedro II slept.

Accommodation in these places is simple and pleasant, just like the mineira cuisine served to guests.